We are absolutely determined to do all we can to provide opportunities and exciting events for our students even during these difficult times.

We are very excited to share that we will be holding a virtual talent show with some very specials guests on Sunday 21st February during half term.

The event will be hosted by Principal, Dominic Clarson.

WHAT TO DO TO ENTER

There are 3 videos required to enter…

With your head and shoulders in view (see picture)

With lots of energy and enthusiasm, please say your name and age. Please then add a sentence explaining why you chose your skill. The ident should be no more than 20 seconds.

Here is an example template: Hello, my name is Sarah Smith and I am 15 years old. I attend Performance Academy at Swish. I really love to sing and this is my favourite song, I hope you enjoy it!

It would be preferable to wear your Swish uniform for your Ident video.

With your head and shoulders in view (same as above), please turn away with your back to the camera. Wait for 3 seconds and then turn back around to face the camera with a smile. Please then wait for a further 3 seconds to allow us sufficient time to transition to the next slide.
It would be preferable to wear your Swish uniform for your Profile video.

Please CLICK HERE for some useful tips on how to self tape. Don’t worry – no need to buy a new camera, a phone or tablet will be fine! Work with whatever you have at your disposal 🙂

LIVE EVENT – WHERE CAN YOU FIND IT?

We are using an integrated software which links to youtube that allows us to use bespoke animation, titles, overlays, audience votes, interviews an so much more so that we can provide our students with a professional experience.

HOW TO BOOK – DISCOUNT – GET IN QUICK!

Please visit our FACEBOOK EVENT and once you pay the fee, you will have full access to all details within and your household is booked.

On the day of the event, the link to the live stream will be put in this Facebook event only.

The fee to attend is £9.99 however there is an Early Bird discount of 30% making the tickets just £6.99 which expires 7 days before the event, so get in quick!

HOW DOES THE TALENT SHOW WORK?

PART ONE: THE HEATS

All entry videos will be shown followed by an audience vote at the end of each heat to determine an extra entry for the final: the WILD CARD.

INTERVAL – we will have a short interval of 30 minutes whilst the judges deliberate and decide their top 3 from each heat that make the final, along with the wild card entry from each heat.

We will announce the results at the start of the final.

There will therefore be a total of 12 entries who make the final. We will then see the interviews and the video again for each finalist, followed by commentary from each judge.

Our Judges will then decide first, second and third place and ‘Best Costume’.

Even if you do not enter in the talent show, anyone can watch the event, please help support our students by liking and sharing the FACEBOOK EVENT feel free to invite friends and family to a lovely afternoon/evening of entertainment.

Don’t forget – your votes count towards the wild card entry for each heat, the more households you invite to the event, the more votes you have for your child’s entry!

There is one vote per household per heat.

We will be offering a prize for first, second and third place as well as best costume!

WHEN IS THIS TAKING PLACE?

Sunday 21st February 2021 – start time at 4pm (subject to slight change dependent on how many entries we receive. We will confirm exact timings once we have received all entries)

Students from Foundation, Main Stages and Advanced Stages can enter.

We will be holding a Disney online party for Pre-School & Introductory students and we will provide more details on this in due course.

WHO ARE THE JUDGES?

Dean John-Wilson shot to stardom in the early years of Britain’s Got Talent with a judge describing the ‘Tour de Force’ performance of a Miss Saigon classic. With unwavering dedication, he went on to graduate from the respected Mountview Academy of Theatre Arts and began Musical Theatre work immediately with key roles in the number one National Tour of Sister Act. He has also appeared in ‘Songs From A New World’ at St James’ Theatre and ‘From Here To Eternity’ on the West End.

Dean then starred as Aquino in ‘Here Lies Love’ at the National Theatre and subsequently opened in the title role in the original West End production of Disney’s Aladdin at the Prince Edward Theatre.

Shortly after flying the magic magic carpet, Dean then stepped on screen to make his Motion picture debut in ‘We die young’ starring opposite Jean Claude Van Damme.

2018 saw Dean portray the role of Lun-Tha in ‘The King and I’ at The London Palladium and most recently he featured in a New Year’s Musical Concert in Japan’s Tokyu Theatre Orb.

2020 was another flourishing year for Dean as he not only turned the chairs of Meghan Trainor and the legendary Sir Tom Jones in his blind audition for The Voice UK, he appeared as a leading guest role on ‘Doctors’ with the BBC. 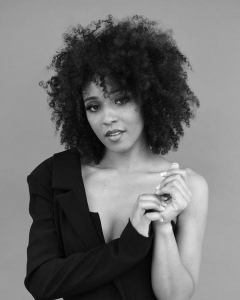 Yasmin has gained extensive experience in the industry, she has featured in multiple motion pictures such as Disney’s ‘Cinderella’ and ‘Aladdin’ directed by Guy Ritchie, the Working Title, ‘CATS’ and the blockbuster, ‘Mamma Mia! Here We Go Again’ to name a few.

In addition to this she has performed in various stage shows in the West End such as ‘Memphis’, ‘Bodyguard the Musical’ and ‘The Entertainer’.

She has also had great commercial success in the industry such as being on the Brit Awards multiple times supporting Dua Lipa, Toogie, French Montana, Laurie Ann Gibson. Yasmin also featured on the X Factor with Little Mix and Elizabeth Honan and in Ant & Dec’s Saturday Nights Takeaway on ITV.

Training : The Royal Academy of Music and Italia Conti Academy of Performing Arts.

Other credits include: featured vocalist in concerts at The Royal Albert Hall, performing her own cabaret at venues such as Crazy Coqs in London to Birdland in New York, playing Rizzo in Grease at Milan Fashion week, docu-drama TV appearances in Operation Mincemeat (BBC) and Autopsy (ITV) in addition to various voiceover artist work.

WHO IS THE HOST? 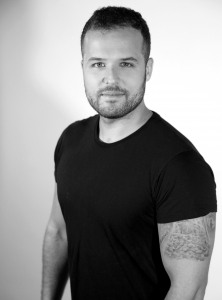 Dominic, who is the son of Founder, Tina Witham, has been treading the boards since he could walk! Taking part in countless amateur productions as a youngster at Swish, before gaining a scholarship and training at the highly acclaimed Mountview Academy of Theatre Arts in London for three years and receiving his BA Hons degree.

Whilst in training he gained experience in productions such as ‘Parade’, ‘Rent’ and most notably – playing leading man, ‘Billy Bigelow’ in Carousel. He also gained his Gold LAMDA award.

After graduating and signing to prestigious agent, Bloomfields Welch Management, he went straight into the first UK tour of South Pacific alongside TV star Samantha Womack. Following this, Dominic spent a year in the West End playing ‘Eddie’ and ‘Sky’ in Mamma Mia! He then went on to tour in Jersey Boys as ‘Norman Waxman’ on its first ever UK Tour. He also had the pleasure of playing two of the four seasons in this production.

Dominic also has extensive experience in TV & Film including; Harry Potter and the Philosopher’s stone, Thunderbirds, Channel 5’s Don’t Stop Believing, Muppets commercial, Wash & Go Commercial, BBC 1’s Let it Shine – where he was special guest as Tommy from the four seasons with the Jersey Boys and ITV’s This Morning with the cast of South Pacific. He appeared on the grand Royal Opera House stage for the Olivier Awards twice which was aired lived on TV. Dominic has also gained valuable experience in front of and behind the camera in various short film projects, submitted for the London Short film festival.

Dominic has always been involved with Swish throughout its many successful years and now the operations manager.

If you have any questions please info@swishofthecurtain.com

We look forward to seeing your videos!